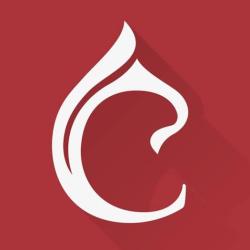 In 1980 the Central Group, Thailand’s largest retail conglomerate, founded Central Plaza Hotel Public Company Limited to handle the launch of its own hotel/mall/convention centre development in the expanding Ladprao area in northern Bangkok. The hotel opened in April 1983 and became the foundation of a network of deluxe and first-class properties in Thailand. In June 2007, the hotel company rebranded to Centara Hotels & Resorts in order to reflect its Centara branded hotel network spanning both city centres and resorts. By 2016, the group comprised six hotel brands; four under the Centara name, as well as Centra and COSI, and two spa brands; Spa Cenvaree and Cense by Cenvaree.
The original hotel is now Centara Grand at Central Plaza Ladprao Bangkok and has been long established as one of the city’s leading upscale hotels for both accommodation and the MICE industry. Since then however, rapid strategic growth saw the group expand throughout Thailand and, starting from late in 2009, internationally, with the opening of its first resort in the Maldives. Today, Centara Hotels & Resorts is Thailand’s leading hotel company, with 46 properties covering all the main tourism destinations in Thailand. A further 21 resorts in the Indian Ocean, in Maldives and Sri Lanka; the Far East, in Bali, Laos and Vietnam; and Africa and the Middle East, in Ethiopia, Oman and Qatar, are either open or in project.
Centara Hotels & Resorts operates six hotel brands, thus ensuring that a broad range of holidaymakers will find a hotel or resort that will fulfil their needs. Centara Hotels & Resorts also operates 26 branches of Spa Cenvaree, one of Thailand's most innovative spa brands, together with its value brand, Cense by Spa Cenvaree, which provides core spa services for busy travellers. The company's Kids' Club is available at all the family-friendly resorts to take care of the youngsters and teens.
The hotel company also has three state-of-the-art convention centres in Bangkok and two in north-eastern Thailand, one being located in Udon Thani and the other in Khon Kaen.
Central Plaza Hotel Pcl was the first hotel company in Thailand to receive the Royal Warrant of Appointment from His Majesty King Bhumibol Adulyadej late 2013.